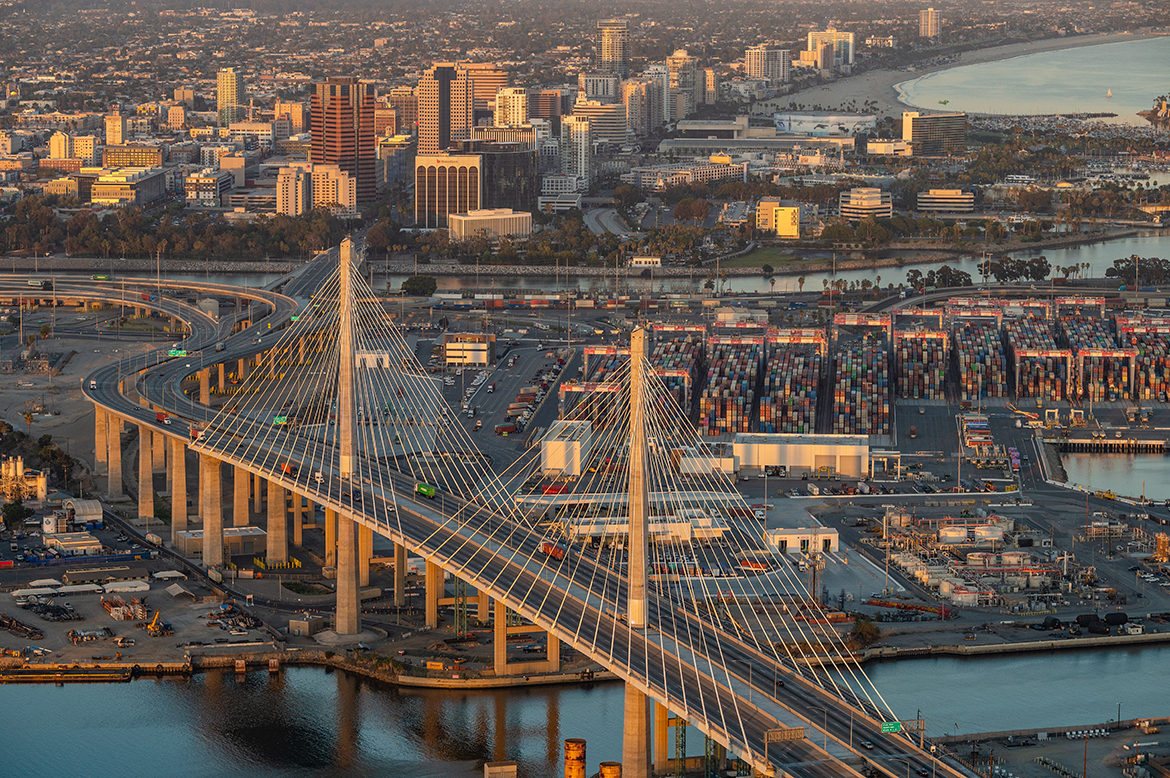 The bridge opened in October 2020 as part of the state highway system. The port handed over ownership of the bridge to Caltrans, placing responsibility for the bridge’s name with the state Legislature.

“Since our new bridge officially opened in 2020, it has been a bright new landmark for our city – welcoming visitors from close to home and around the world,” said Long Beach Mayor Robert Garcia.

“The approval of its official name as the Long Beach International Gateway Bridge perfectly fits all that it represents, and we are excited to have it serve our community and our great port for generations to come.”

The six-lane bridge was designed to last 100 years as a critical piece of infrastructure to sustain the port’s long-term growth, according to the port’s recent statement.

“The new name reflects that this truly is a bridge to everywhere by connecting Long Beach to the rest of the world as a critical link in the global supply chain,” said Port of Long Beach Executive Director Mario Cordero.

“The Long Beach International Gateway Bridge represents our ongoing commitment to invest in infrastructure projects that will strengthen the Port’s competitiveness for decades to come.”

The $1.5 billion Long Beach International Gateway Bridge replaced the Gerald Desmond Bridge, which opened in 1968 and named after a former Long Beach City Attorney and City Councilman – who helped secure funding to build the through-arch span.

Demolition of the Gerald Desmond Bridge began in July and is expected to conclude by the end of 2023.

“The Long Beach International Gateway Bridge is both an architectural marvel and a vital part of our continued growth,” said Harbor Commission President Sharon L. Weissman.

“It is fitting that the bridge’s official name reinforces the port’s standing as a gateway to the national economy and a symbol for sustainable goods movement.”

The bridge-naming bill was introduced to officially propose the bridge’s new moniker following a public survey conducted last year. The measure received unanimous approvals in the state Senate and Assembly.

“Like our port and its workers, this iconic bridge represents the very best of Long Beach,” said Assembly member Patrick O’Donnell, author of the bill.

“The International Gateway Bridge connects our great community and state to the entire world. With a fitting new name, our port will handle the largest cargo ships and meet the ever-increasing demands of today’s global supply chain.”

The Port of Long Beach witnessed its busiest July on record despite curbed consumer spending.

Container throughput reached 785,843 TEU in July, a slim 0.13 per cent increase from the previous record in the same period a year ago.