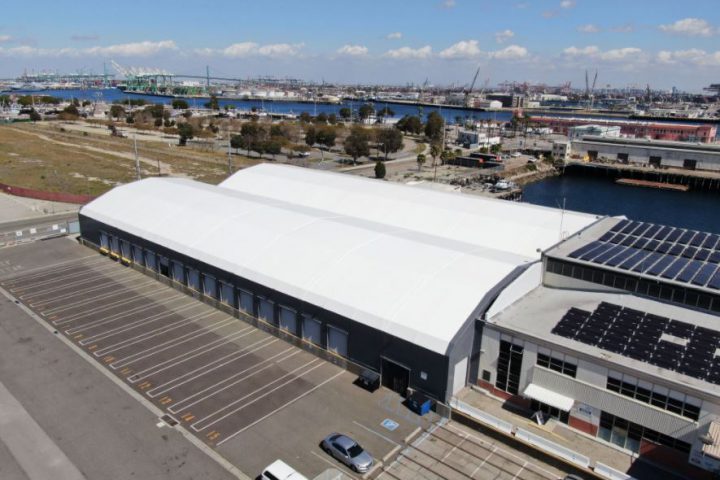 The Port of Los Angeles has completed a $1 million upgrade to its fruit handling terminal as part of efforts to expand its position as a gateway hub for goods from Chile.

In a statement, the Port it has installed a new fabric membrane roof to the terminal, among other upgrades, to increase its capacity.

As the main stop for Chilean fruit to the West Coast of the US, the SSA Marine terminal serves as an important processing hub for imported grapes, stone fruit, kiwi and avocados from Chile. Between 70,000-90,000 metric tons of perishables go through the facility every winter season.

“Being equipped to handle shipments efficiently for our customers is an important priority at our Port,” said Marcel van Dijk, a Port of Los Angeles cargo marketing manager who oversees cold storage shipments.

“U.S. consumers expect fresh produce on grocery shelves year-round and we are committed to having the best possible infrastructure and facilities in place to assure that perishables get to market quickly and expediently.”

Between December and early April, the building is the main staging area for the pallets of Chilean produce off-loaded by specialized refrigerated vessels at the terminal.

The Port’s vast network of refrigerated trucking services and cold storage facilities then safeguard the perishable commodities in transit to grocers, produce markets and distribution centers—to as far north as the Canadian Border and Texas to the east.

The building upgrades involved the demolition of the existing building cover, fabrication and installation of a new fabric membrane roof, replacement of select drywall, and the addition of new exterior lights, door frames and fire doors.

Rubb Building Systems completed the upgrades, which were overseen by the Port’s Engineering Division.

Egypt to hold Ever Given, its crew until $916M claim is paid

The giant containership Ever Given, which hit the headlines after getting stuck…

Is the Arctic an alternative to the Suez Canal?